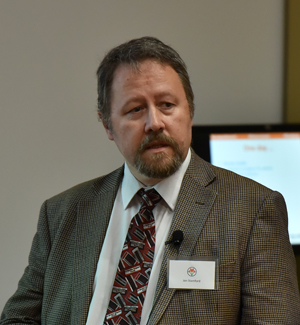 Jon Stamford has a double interest in PD. As well as leading a research laboratory investigating the neurochemistry of PD for more than a decade, Jon also has young onset PD.

As well as being on the editorial boards of Neurodegenerative Disease Management (since 2012) and Journal of Parkinson’s Disease (since 2015) he has written four books about living with PD and blogs about PD inter alia at jonstamford.com.

He claims to be retired but is not fooling anyone.

What advice would you give to others who are keen to get involved in Parkinson’s research? –