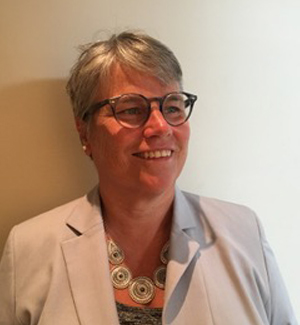 View all advocates
“Every person with Parkinson’s should have access to quality scientific clinical trials, the results of these and the best quality of life though social support and research.”

Jillian is the co-founder of Parkinson Wellness Project (PWP) – www.parkinsonwellnessproject.org
“In the simplest of terms, PWP offers a place for a community to grow. A place for people living with Parkinson’s to exercise, to share, and to be supported.”

As a physiotherapist and trained Parkinson’s Wellness Recovery/Exercise for Brain Change clinician, I co-founded the Parkinson Wellness Project in 2014 which opened in Victoria BC, Canada.

Globally, I have been a Parkinson’s Movement ambassador since 2013, a World Parkinson Congress ambassador since 2016, co-chairing the upcoming 2019 Kyoto Ambassadors. I am a member of Acorda’s patient advisory team with the aim to involve people with Parkinson’s in development of treatment.  In addition, I am a national advocate for Parkinson Canada and Parkinson Society British Columbia where we recently pressed the government to fund the duodopa pump for those in greater need in our province and genetic fairness for people with Parkinson’s.

To learn more about the Parkingo Wellness Society in Victoria BC, Canada, click here.

For my latest blog through the David Phinney Foundation, click here.