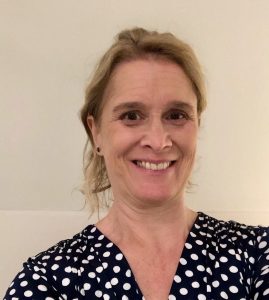 “One of the hardest jobs the charity has is dispelling the myth that Parkinson’s is an old person’s disease.”

Since being diagnosed with Young Onset Parkinson’s in 2008 I have become heavily involved with fundraising for and raising awareness of The Cure Parkinson’s Trust through a variety of fundraising activites and taking part in a couple of promotional videos and a BBC TV programme. In that time, I have also found it to be incredible important to be involved in and aware of research as we move towards a cure.

As a nurse, previously caring for cancer patients in Phase I, II and III trials, my medical background meant I understood what the inevitable progression of the Parkinson’s meant for my future. With my knowledge and experience in clinical research, finding a cure through research is very important to me and supporting The Cure Parkinson’s Trust, the only Parkinson’s charity determined to only fund research into finding a cure is a natural decision. Having raised much needed funds through two long distance cycle challenges (The Seer Green Trio and Rachel & Netty’s 500 mile Cycle Challenge) I now enjoy helping out in the CPT office!

Having had PD for over 10 years, I have experienced a wide variety of symptoms and treatments; Painful Dystonia, DBS process and Continuous Apomorphine Infusions and happily talk through the DBS process with others looking into the option of surgery.

Since involving myself in fundraising for Parkinson’s I was struck by the support/lack of support for children with parents who have Young Onset PD, especially with regard to the misconceptions portrayed by the media about dying from PD. Young parents with Parkinson’s will become more common as the number of people diagnosed with the condition rises. As a mother myself, what I really want is a cure for Parkinson’s and it is imperative that this will only be possible with all sides of the Parkinson’s community to be working together. I continue to raise funds and awareness across social media platforms and within my network.

🌻 A blooming good start to the holiday 🌻

Having had very mixed experiences at airports since being diagnosed with Young Onset Parkinson’s, this summer I was delighted to try the ‘Sunflower Lanyard’ for hidden disabilities which has now been rolled out across all UK airports.

Over the last 10 years, flying with Parkinson’s Disease has been eventful. On several occasions I have had issues with security (some so distressing that tears have been shed, which ordinarily I avoid in public!) Despite written documentation from medics, I have often felt unwelcome, a time waster and a hinderance. Once I remember the manager being called and my entire medical supplies, needles and syringes and oral medications being examined in public, to the interest of many a inquisitive fellow passenger just because of some liquid laxative!

Two years ago I had Deep Brain Stimulation surgery (which involves having a pacemaker like device implanted with wires passing into my brain. The electrical impulses which pass through the wires help the symptoms of my disease) Since then, Airport Security has become even less appealing. Despite having medical documentation stating manual body search only (because passing through a body scanner arch could adversely re-programme my neuropacemaker) this isn’t often met with a welcoming smile! Depending on the airport, managers have been called and body searches undertaken in ‘little rooms’ away from your friends or family, not always easy if I am at shuffling speed! I know it’s a bad day when I am overtaken by an elderly gentleman with a stick!

So, this summer I was keen to see how much easier my journey through Stansted Airport would be with my Sunflower Lanyard, picked up from the most helpful staff at the Information Desk in Arrivals.

The distinctive lanyard is designed for passengers with hidden disabilities. It enables travellers to discreetly identify themselves to staff to ensure tailored help and support can be offered throughout their journey. Assistance staff at Gatwick are trained to spot any passenger wearing the sunflower lanyard and staff are able to help passengers who may need more time to prepare their belongings ahead of security screening for example, or walk through to the airport gate.

The lanyard was a definite success. Passing through security was a relative breeze in comparison to previous occasions. Obviously I was still expected to comply with airport security regulations, but as soon as my lanyard was spotted at security, I was discreetly redirected to the Fast Track queue along with my family. This was much less stressful than fighting my way through the crowds. Bypassing the body scanner was uneventful and and the manual body check was quick and sensitively done without drama. The highlight has to be that my bag was X-Rayed but not searched!  On return into the UK, we could again use the Fast Track lane through passport control. This was really helpful except our hold luggage is not fast tracked. If there was one thing that the system could improve, it would be providing more seating in baggage reclaim or the ideal would be fast tracking our luggage too so that we aren’t waiting in baggage reclaim for almost an hour!

On this occasion, on our arrival home, I should have asked for more assistance. A chair would have been helpful as I find my mobility diminishes after a few hours cooped up in a aircraft. However, I now have the assurance that if I need more assistance at a UK airport, it will be more easily accessed with my lanyard, which I can keep and use at any UK airport in the future. Thank you Stansted Airport for a much improved airport experience.

I really recommend giving it a try. What have you got to lose?