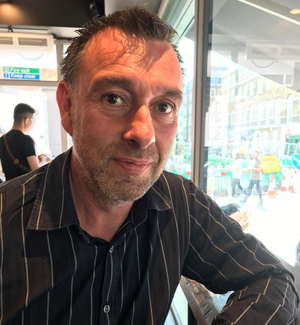 Established a loyalty based rewards scheme to create a “Community” and benefit those living with Parkinson’s.

I am a deeply passionate campaigner for People with Parkinson’s.

Having felt like I was dropped on the “scrapheap of life” after being former owner of three successful businesses, I was forced to retire on the grounds of ill health, as well as losing my family at the same time was the toughest thing I have had to bear.

Now I am devoting 100% of my life to finding ways of enabling People with Parkinson’s to live a better quality of life in our “Parkinson’s Community”.

Having set up Parkinson’s Concierge as a Co-founder and volunteer with the aim of Raising Awareness 365 days a year throughout the worldwide domain and promoting the fact that not all people with Parkinson’s are old, younger people including children are also diagnosed too.

I will campaign for PWP to ensure they are aware of what they are entitled to and informed of what support is available to them to make their Parkinson’s journey through life one they don’t fear or face alone.

Helping others not to experience my journey with Parkinson’s – by engaging with professional bodies and other PWP who have experienced similar hurdles.